.Osiwa Pleased with the Work of RAIC

The country Director of The Open Society Initiative for West Africa (OSIWA) has pledged his institution’s continued support to the Right to Access Information Commission (RAIC). Joe Pemagbi was speaking at the closing ceremony of a three-day national residential retreat between 14-16 November 2019 for staff of the RAIC at Dohas Hotel, Bo city, Southern Sierra Leone. 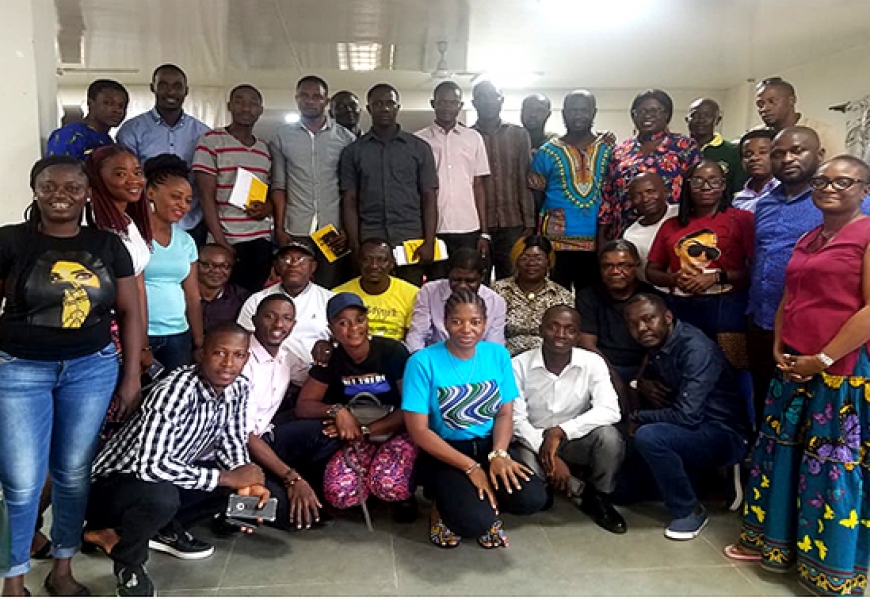 The country Director of The Open Society Initiative for West Africa (OSIWA) has pledged his institution’s continued support to the Right to Access Information Commission (RAIC). Joe Pemagbi was speaking at the closing ceremony of a three-day national residential retreat between 14-16 November 2019 for staff of the RAIC at Dohas Hotel, Bo city, Southern Sierra Leone.

The retreat, which was funded by OSIWA, provided an opportunity for the commission to look at itself; successes, challenges, weaknesses, opportunities and threats and discuss a way forward as the year comes to an end, and to review its scope of work to ensure alignment between the aspirations of the commissioners and professional/administrative staff and the ini institutional mandate of the  commission in implementing the RAI 2013 Law .

Mr. Pemagbi said OSIWA is pleased the commission is getting stronger and proper, and that things  are moving on track. He said he appreciates the energy of the participants and urged the commission to try hard and earn the trust of people, who will only come to them when they have confidence in what they do.

Speaking on the components and critical issues around the operations of RAIC, The chairman and Information Commissioner, RAIC, Dr. Ibrahim Seaga Shaw, said the clear mandate of the commission is to facilitate access to information noting that information is power and the commission has therefore made significant efforts to ensure that realization. Dr. Shaw cited the relocation of the National Secretariat from Hill Station to Kroo Town Road in the central Business District in Freetown which is much bigger and cheaper thus saving government  an extra $10,000 (Ten Thousand Dollars) every year as among the gains the commission has made. He added the first ever internal  audit and management and functional review of the  has been conducted and the recommendations  are captured in the draft strategic plan which he presented at the retreat. 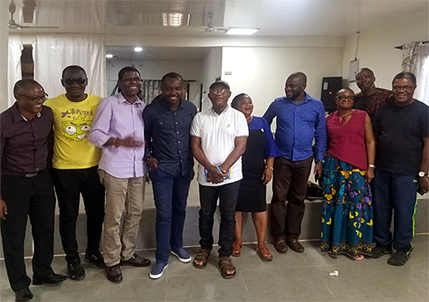 The chairman recounted the lack of a website for the commission before he took up office, which his administration made a priority to fix and he’s now happy to report that the commission website is up and running.(www.raic.gov.sl). Dr Shaw cited limited staff capacity in both scope and depth among the most pressing challenges that need to be urgently addressed to  enable the commission to fully and efficiently implement its mandate.

The Commissioner for the Southern region, Idriss Yormah Biah, who played host to the retreat, welcomed all participants  and encouraged them to take it seriously so that they would have a lot to take back  and put into good use in their work.

Executive Secretary of RAIC, Hon. Mustapha Braima said  it is an opportunity for a self-reflection and thorough scrutiny of its activities and proffer lasting solutions moving forward. He urged the commission staff to make good use of the opportunity the retreat offers to ensure the full mandate of the commission is implemented afterwards.

Regional commissioners of the North, South and East also gave reports of activities in their areas of jurisdiction with all of them citing understaffing as a very serious challenge that needs to be addressed urgently.

Dr. Gaima encouraged the leadership of the commission to have a strategic plan that is tied to their mandate and ensure that the mandate, vision and mission of the commission are reviewed. Several exercises on internal operations and external support needed for effective service delivery, as well as SWOT(strengths, weaknesses, opportunities and threats) analysis of the commission were done.

Other facilitators include Patrick Kawa of Human Resource Management Office (HRMO) who took the staff through the clarity of Roles and Reporting lines, Distinctions between Political Appointees and the technical staff, stressing the need for a clear understanding of the task and responsibilities and processes at work. Mr. Kawa said the absence of roles leads to confusion and the limited accountability and commitments, lack of confidence and the procrastination of assignments. He admonished the leadership of the commission to ensure all staff roles are clearly stated in their TORs, a concern that was also captured by the management and Functional review done by the Public Sector Review Unit PSRU, of which M. Sillah from PSRU emphasised during his presentation.

Lawyer Emmanuel Saffa Abdulai,  took the staff of the commission on the provisions of the Act and how the commission can ensure its full implementation. The interactive session covered areas as who should access information, the exemptions and penalties for defaulters.

Staff of the commission thanked the commission and OSIWA for such a laudable venture which they believe yield dividend. They also recommend that we have such gatherings more frequently to aid proper understanding of the commission’s mandate and staff roles, and promote staff bonding.