Declaring the center open on behalf of the Minister of Information and Communications, Acting Director of Information in the Ministry of Information and Communications, Emmanuel Turay, stressed the need for the data resource center. Mr. Turay said data enhances performance and improves efficiency in public service, helps to improve social welfare and enhances economic growth in the private sector which is why he urged the public to make use of the facility as a justification for the funds that have been invested in it.  He pledges the ministry of information’s unflinching support to the work of the RAIC.

Making a statement at the launch of the facility, the Chairman and Information Commissioner Dr. Ibrahim Seaga Shaw described the ceremony a dream come true as the commission has been working very 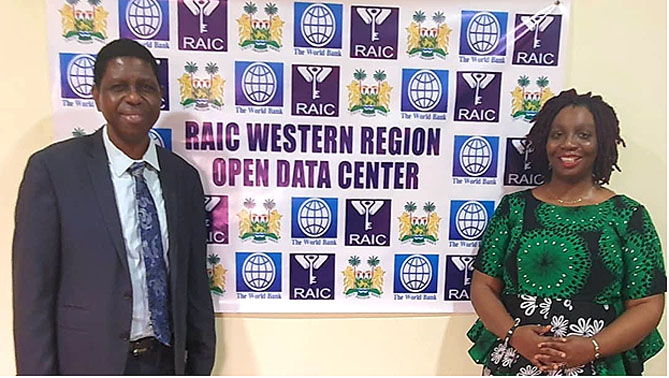 hard to ensure that it has the western area data center up and running but had challenges with logistics and space.  He said the commission’s new bigger and more centrally located office at Krootown road has enough room to provide a whole flat for the Western Region office which houses the open data center. He explained that the purpose for creating a data resource center is to help members of the public access information that has been proactively disclosed by public authorities, as the center promotes the supply of data and eventually facilitates access to information. He said this is one way of promoting transparency and accountability. “The People should be given access to the information they need to be able to ask the necessary questions and hold public officials accountable‘’ he said. He noted that “if we have information and the people do not have access to it, then that information is useless.’ The chairman and information commissioner informed all that a replica of this center is also available in the other regional offices across the country.

Western Area commissioner Yeama Sarah Thompson, who also chaired the launching, said the data center is open to every individual who wishes to have access to information. She said visitors will be allowed to use the computers for an hour, to ensure that others have access to the facility. Commissioner Yeama lauded the World Bank that has always supported the work of the commission and hopes that the facility will be thoughtfully used to prompt interventions in other areas of need.

Data Scientist, Statistics Sierra Leone, Clementina Akan, stated that the global open data is a sign of maturity in the field of information sharing, and Sierra Leone cannot be left out. She explained that where data is made available, organizations and individuals could spend time to collaborate with each other, and make progress. Data, she added, will help to support evidence-based decisions and planning in the country. Clementina promised that Statistic Sierra Leone, which won the gold trophy at the RAIC Compliance Awards two days ago, promised they will continue to provide the public with all the credible data available to meet their demand. 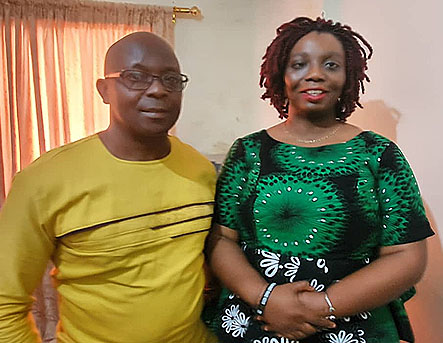 Amos Lansana, Head of Open Data, PFMICP, said data is now the new gold everybody can mine. Mr. Lansana said the data  center will reduce cost on individuals because they would not have to pay now to access data at the RAIC center like before when  people have to go to internet cafés to access essential data

He disclosed that they have developed an electronic procurement for the National Public Procurement Authority (NPPA), so that everyone can access data everywhere  Mr. Lansana did not rule out the possibility for expansion of the facility in the near future.

Acting head of Non-State Actors Sallieu welcomed the idea of having a data center that is open to the public from Mondays through Fridays stressing the need for thorough research needs to be done by NSAs before they can challenge the government on policies they wished to introduce or implement. He said NSAs have sometimes failed to take on the government not because they are afraid, but because they lack the research tools. He, therefore, called on his colleagues present to use the facility and contribute to national development.

The RAIC Western region Open Datacenter located at 46 Krootown Road is open to the public Monday to Friday from 9:00 am to 5:00 pm.