The Right to Access Information Commission (RAIC) in collaboration with the Sierra Leone Association of Journalists (SLAJ) organized a Training of Trainers Workshop for Journalists on the Freedom of Information Law on Friday, 23rd October, 2020, at the Family Kingdom Resort, Aberdeen, Freetown. The one day workshop was funded by the Open Society Initiative for West Africa (OSIWA). The event attracted media practitioners and other institutions entrusted with the responsibility to provide oversight, and the regulation of information dissemination in Sierra Leone. Largely, the Commission aimed to reinforce the recognition of freedom of information in Sierra Leone through journalists keeping in mind their critical role in information dissemination. 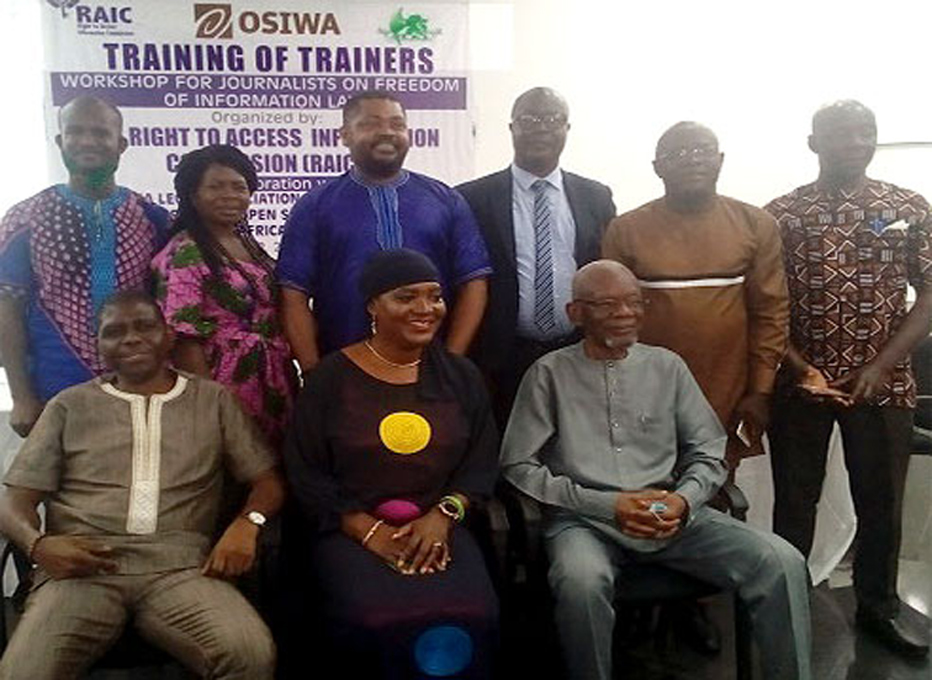 The Right to Access Information Commission (RAIC) in collaboration with the Sierra Leone Association of Journalists (SLAJ) organized a Training of Trainers Workshop for Journalists on the Freedom of Information Law on Friday, 23rd October, 2020, at the Family Kingdom Resort, Aberdeen, Freetown. The one day workshop was funded by the Open Society Initiative for West Africa (OSIWA). The event attracted media practitioners and other institutions entrusted with the responsibility to provide oversight, and the regulation of information dissemination in Sierra Leone. Largely, the Commission aimed to reinforce the recognition of freedom of information in Sierra Leone through journalists keeping in mind their critical role in information dissemination.

Deputy Minister of Information & Communications, Mamadi Gobeh Kamara who delivered the keynote address said the Right to Access Information (RAI) Act 2013 provides the moral basis for journalists to access and disseminate information. Madam Kamara maintained that without the fundamental freedom to speak and the right to know, the media will be unable to demand basic rights and hold duty bearers accountable. She emphasized the fact that because government is cognizant of the reality that freedom of information is an indispensable part of democratic societies in which citizens are given the right to be informed, it took reasonable steps to pursue initiatives such as the decriminalization of the Criminal Libel Law, the development and validation of the RAI Regulations through a consultative and participatory process, the establishment of an Open Data Portal, the rebooting of the Sierra Leone New Agency, and Open Government Partnership, and the empowerment of Anti-Corruption Commission, and Independent Media Commission. She was proud to state that Sierra Leone is one of the 17 African countries that has adopted a national right to information law. She reiterated the government of President Julius Maada Bio’s commitment to pluralistic journalism. She concluded by thanking OSIWA for playing a tremendous role in supporting state institutions and non-state actors in promoting transparency, accountability and good governance in Sierra Leone. 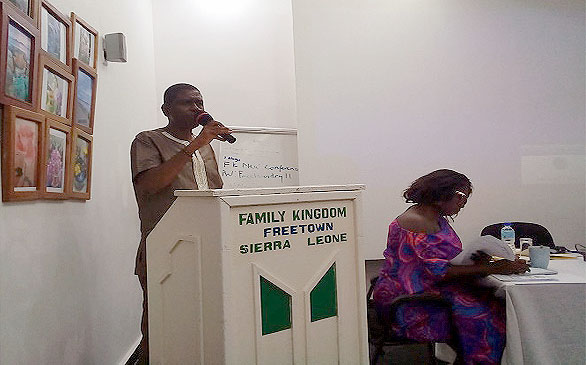 Earlier in his opening statement, Chairman and Information Commissioner of RAIC, Dr. Ibrahim Seaga Shaw said the relatively low number of information requests since the establishment of the RAIC necessitated the workshop. This he said could not be unconnected with the limited knowledge the larger part of the population has in respect of the RAI Act (2013). Dr. Shaw said the Commission was concerned that of the different professional interest groups in society, journalists are among those that made the fewest FOI requests. This he said was the reason why the Commission engaged the Executive of SLAJ to agree on the best way possible to train especially investigative journalists to put them in a position to resourcefully request for information held by or under the control of bodies or organizations that receive monies on behalf of the people of Sierra Leone. He disclosed how the current Commission had in its early commencement of operation organized training for MDAs and the Civil Society on the RAI Law.

In His Statement, Chairman of the Parliamentary Oversight Committee on Information and Communication, Hon. Boston Munda, described access to information a tool for citizens’ participations and holding government functionaries accountable. He pointed out that while parliament legislate laws of the land, the Ministries Departments and Agencies (MDAs) have a responsibility to uphold those laws. He encouraged journalists to go out there and help people understand their rights.

Chairman of the Independent Media Commission (IMC) George Khoryama said the training could not be more relevant than in the wake of the repeal of Part (V) of the Criminal Libel Law and the Enactment of the IMC Act 2020. He said as regulators, the IMC is now pre-occupied with the prospect of a responsible press. He was concerned about the binding constraints in the Sierra Leone media landscape which border on media house financial challenges and the lack of professionalism, technicalities and ethics on the part of media practitioners. Only trainings of sort he said, would help mitigate the effect.

SLAJ President, Ahmed Sahid Nasrala, who had been working with the RAIC right from the planning stage said, the FOI law is a unique instrument to promote accountability, adding, it is one of the biggest opportunities to transform societies. He thanked the RAIC for the initiative, OSIWA for the funding; and extended profound appreciations to the Society for Democratic Initiative (SDI) for being at the forefront for the enactment of the FOI law. He however bemoaned that Journalists have not fully embraced the FOI law. The training as he put it was therefore important to meet the most needed expectations.

The Workshop was moderated by Hon. Mustapha Braima, Executive Secretary of RAIC who informed that access to information is one of the international benchmarks for transparency, accountability and good governance and emphasized the fact that the RAIC relies on journalists to inform and educate the population about the FOI Law. The vote of thanks was delivered by Asmieu Bah, SLAJ Secretary General. Other speakers include Margret George of Sky Radio who expressed concerns over the challenges journalists are facing with MDAs in requesting information and called on SLAJ to engage with MDAs to facilitate an MoU with Journalists so as to enhance the work of journalists in accessing information. 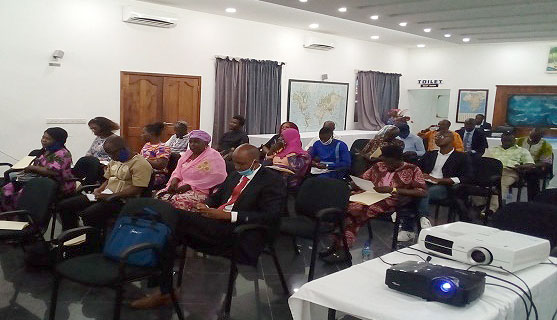 The workshop was facilitated by Alan Benjamin, Legal Counsel of RAIC who made a presentation on key and relevant provisions of the FOI law. Other facilitators were RAIC Chairman and Information Commissioner, Dr. Ibrahim Seaga Shaw, who provided some useful interjections and anecdotes related to the relevant provisions of the FOI Law 2013, and journalist and researcher Abu Bakar Jalloh who, together with Dr Shaw, made presentations on investigative journalism. The workshop was punctuated with question and answer sessions where journalists expressed their experience with public authorities in information request and where the RAIC offered vivid explanations about the process they should follow when they face challenges in accessing information.