In its drive to popularize Right to Access Information Act of 2013 to ensure compliance, the Right to Access information Commission RAIC with support from the Open Society Initiative for West Africa OSIWA has on Thursday 25th February held a round table for professional interest groups at the Atlantic Lumley Hotel, Aberdeen in Freetown. The session which targeted The Sierra Leone Association of Journalists SLAJ, 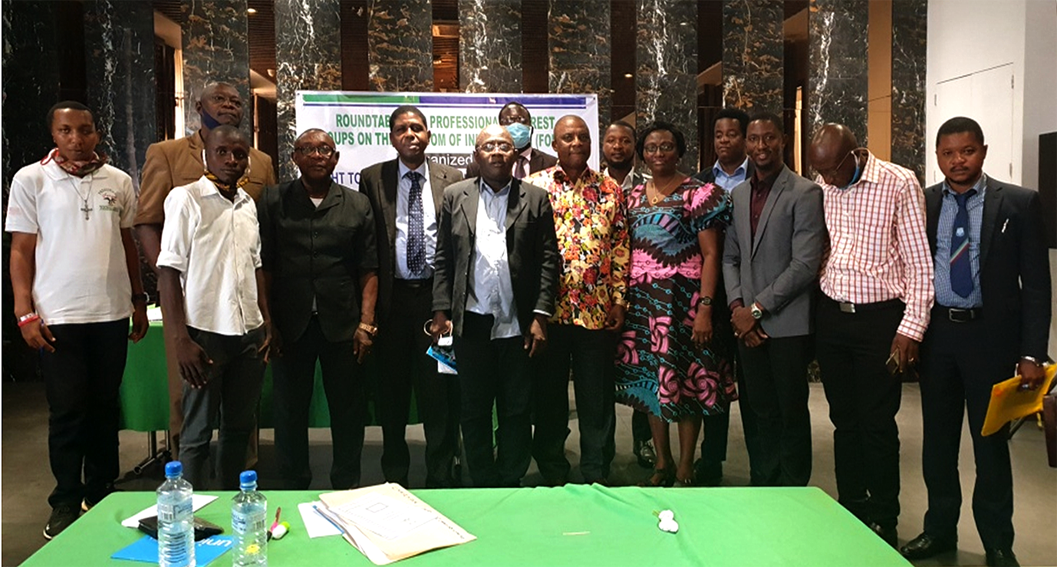 In its drive to popularize Right to Access Information Act of 2013 to ensure compliance, the Right to Access information Commission RAIC with support from the Open Society Initiative for West Africa OSIWA has on Thursday 25th February held a round table for professional interest groups at the Atlantic Lumley Hotel, Aberdeen in Freetown. The session which targeted The Sierra Leone Association of Journalists SLAJ,

The Sierra Leone Teachers Union, SLTU, The Sierra Leone Labour Congress and the Sierra Leone Association of Non-Governmental Organizations SLANGO,  among others engaged them on their rights and obligation in the Freedom of Information Law.

Welcoming the various participants, the Executive Secretary of RAIC Hon. Mustapha Braima, described the session as yet another opportunity for an interaction with interest groups on the RAI Act of 2013. The ES described Access to information as the vogue in modern day democracy but sounds relatively new to many in Sierra Leone.  He said despite the law being one of the strongest in Africa,  implementing it provisions to the fullest remains a challenge which is why meetings as such will be of essence to all parties.

Delivering the keynote address, The chairman and information Commissioner (CIC) of RAIC  Dr. Ibrahim Seaga Shaw recounted the several engagements the commission has had with Ministries Departments and Agencies MDAs, Public Information Offices, PIOs and Non State Actors NSAs, noting that, meeting with the professional interest groups is necessary move of the Commission to step up its popularisation drive and expressed hope that the representatives of the professional interest groups attending the round table  would inform their membership on their rights and obligations under the RAI act.   The CIC said for the commission to effectively implement its mandate which is the facilitation of access to information, partnership is key, therefore partnering with these interest groups will yield the desired result.   Dr. Shaw referenced the sustainable Development Goal SDG 16:10 that speaks to the significance of the information access and therefore implored all the representatives of professional interest groups to take advantage of the session for the benefit of their organizations.

In his statement, representative of the Open Society Initiative for West Africa (OSIWA) Mano River Hub, Tamba Gbindi said his presence in the roundtable was a clear indication of the value of OSIWA’s partnership with RAIC, adding, raising awareness on the FOI law and work of the RAIC is OSIWA’s interest as a foundation. The OSIWA Mano River Hub Rep went on to state that as a foundation with the mandate to promote open society values, including social justice in West Africa, OSIWA values and respects the right of citizens hence they were at the forefront from the onset through advocacy and funding to ensure the passage of the RAI Act in 2013. He applauded the RAIC on behalf of the OSIWA Mano River Hub for the initiative adopted to convene the roundtable. He reaffirmed OSIWA’s availability and commitment to the process of awareness raising on the FOI law and the work of RAIC.

Public Relations Officer of the Anti-Corruption Commission (ACC) Margaret Murray, on behalf of the ACC boss Francis Ben Kaifala, pledged the commission’s unflinching support to the implementation of the RAI Act and meeting up to its obligations by setting up a desk for ATI issues and concerns using it as a way to continue to open its  doors to members of the public.

Lecturer at the Mass Communications Department, Joshua Nicol said access to information can only be possible where there is an effective and efficient record Management. He said records management cannot be left in the hands of armatures, urging participants to make use of professionals on records from recognised institutions like Library and Archives studies of the union of librarians and archivists.

Chief Executive of the National Public Procurement Authority NPPA Ibrahim Brima Swarray commended RAIC for engaging interest groups on what he called ‘necessary but  critical’ law to the development  of every country. Mr. Swarray said members of the public especially from the media flood his office requesting for information but warned that more sensitization needs to be done in the area of classified/exempt information. He added that the office holds classified documents but thorough education will help them to understand what is to be disclose and what is not to be disclosed.

The lead facilitators of the roundtable Justice Dr Abu  Binneh Kamara  and Alan Benjamin esq. took the participants through the  9 parts/ component of the RAI Act ranging from access, exempt, proactive disclosure , records management, appeals among others. Participants expressed delight for the educative session and thanked the RAIC and its partners for the initiative.