The acting national coordinator of Non-State Actors (NSAs), Mr Salieu Turay says accessing information aids and enhances their work in the country. Mr Turay made this statement on Thursday 4th March, at a Needs Assessment Result Sharing and Training of Trainers held at Garden State, Makeni , as part of the work of the consultant  of a RAIC/World Bank project titled: RAIC Needs Assessment in Proactive Disclosure of Information. 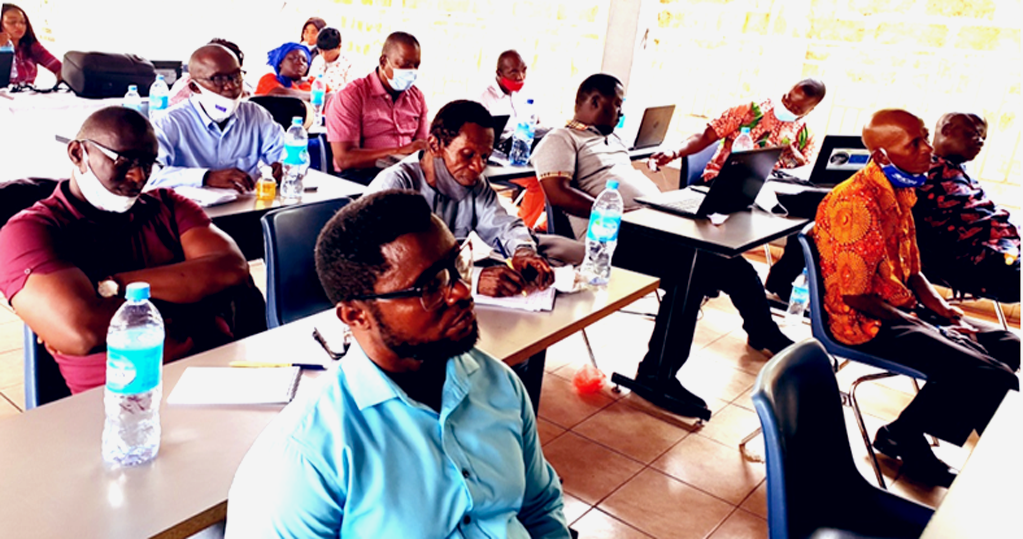 The acting national coordinator of Non-State Actors (NSAs), Mr Salieu Turay says accessing information aids and enhances their work in the country. Mr Turay made this statement on Thursday 4th March, at a Needs Assessment Result Sharing and Training of Trainers held at Garden State, Makeni , as part of the work of the consultant  of a RAIC/World Bank project titled: RAIC Needs Assessment in Proactive Disclosure of Information.

Mr. Turay said the session brought together NSAs, Chief Administrators CAs and Senior District Officers SDOs is an opportunity to promote transparency and accountability in the country, stressing the need for Ministries Departments and Agencies MDAs, and NSAs to proactively disclose information for public consumption.  He called on his colleague participants to make the most of this opportunity for the benefit of their members.

In his opening remarks, Chairman and Information Commissioner (CIC) of RAIC, Dr. Ibrahim Seaga Shaw said the RAIC is a national Commission that is well-decentralized and added that holding a workshop of such nature in Makeni shows how effective the Commission has become as a truly national institution since he took over in November 2018. He said this workshop in Makeni is building on his Commission’s decentralisation drive which started in November 2019 when they held their first ever three-day strategic planning staff retreat in Bo. Dr. Shaw said the mandate of the Commission is to facilitate access to information as a vehicle to promote transparency, accountability, and good governance, which they cannot do without effective partnership with state and non-state actors. The RAIC CIC called on participants, mostly made up of Non-State Actors, including their regional coordinators and focal persons from all districts, as well as some local authorities and administrators, to serve as ambassadors of the RAIC and cascade all the take-aways from this Needs Assessment results-sharing and Training of Trainers workshop to help their members to understand and imbibe their rights and obligations under the RAI law.

The Executive Secretary of RAIC, Hon. Mustapha Braima, who moderated the opening ceremony, underscored the message of the CIC by saying that the RAIC has made tremendous efforts to engage the other key stakeholders in the past but to have NSAs, CAs and SDOs is a great opportunity for the Commission’s message to trickle down to a new set of target audience, applauding the efforts made by the RAIC Northern region commissioner Abu Bakarr Kargbo to host such an August gathering.

Paramount Chief of Bombali Shebora, Bai Shebora Kasanga 11, welcomed the RAIC and NSA participants to Makeni, pointing out that a lot of laws have been passed in Sierra Leone but not all have made the desired impact. He therefore called on RAIC to do more sensitization, especially in the area of classified information to allay the fears of public authorities.

Resident Minister North, Abu Abu Abdulai Koroma, who gave the keynote address, thanked the Commission for what he described as a laudable venture of bringing together ‘critical members’ in the democratic dispensation which are NSAs. He pleaded with them to ensure that this is not just another workshop with no follow up action, but one that will affect the necessary change the information access in Sierra Leone will bring.

Representing the Northern region head of Anti-Corruption Commission ACC,  Brima Conteh expressed delight on the strides the RAIC has taken to uplift the status of the commission in the public eye.

Participants hailed the presentation of the consultant and lead facilitator, Dr. Umaru Bah, who dissected the findings of the Needs Assessment survey he undertook, and RAIC CIC Dr Shaw and  Legal Counsel Alan Benjamin , who took participants through the key provisions of the RAI Act 2013  highlighting their rights and obligations  under it in the final segment of the workshop. The interactive session has left footprints of the Commission’s efforts  to fulfil its mandate to the fullest across the country.